We got to Damascus and arrived to our 4* hotel to find they were charging an arm and a leg for a room the size of the ones we were paying half the price for in 2*. So Cat and I complained a lot and they finally gave in and gave us a discount. We didn't do an awful lot that afternoon but as Cat and I were really looking forward to going to a Hammam we started by finding out which ones allowed women and when. We were given a time but it didn't suite us so we decided to walk down to it and see if we could do it on Sat before we left for the airport. Yeah success, Saturday it was. Now we just chilled out and had an early night.

Cat had already been sick for the last week with a cold and I got a bout of gastro, woke up the next morning feeling under the weather, but had organised a trip to Bosra for a few hours so no sleeping in.

Bosra was lovely, some more old Roman ruins with a lovely big amphitheatre, it just happened to be Easter Friday that day and the local schools had all organised bus trips for the kids to Bosra and they all seemed to be in the amphitheatre at the same time. I suppose in one way it gave us the feel of how it would have been in its hay day but as we were both not well it was just a little loud for us. We then wandered around the ruins and our driver told us a little about its history. After that it was a quick retreat to the hotel for me and I didn't see the light of day until the following day.

We felt a little better so we went and had our Hammam, which was an experience. Wow how do I explain it, for those of you that haven’t experienced it. A hammam is a bathhouse. We went on a women’s day so only women allowed. It is a maze of small rooms for washing and splashing water on yourself, steam rooms and scrub and massage rooms. I hear the locals only have a proper bath once a weeks so they really go the works, the locals had brought in their shampoo, face masks, foot scrubs, anything you can think of for a ladies day they had it. Cat and I opted to have a scrub and massage to get rid of the weeks of neglect to our skin and boy I felt good after but some how think I lost half of my tan....lol 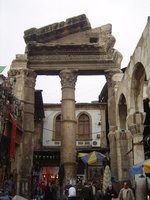 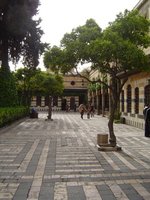 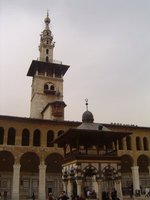 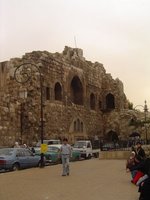 After that we walked around the old city, looking at the Umayyad Mosque, the Azem Palace, the souk and we also saw some more ruins before heading to the airport for our overnight mission to Libya.

Well we got here and found a hotel which is really the story in every town we go to but we ended up organising a cab to take us straight up to the Citadel/castle to get some fantastic sunset photos. Of course for some reason we got in cheap, maybe it was that we were 2 aussie girls, and then the ticket man chased us around and ended up giving us a guided tour before the sun went down. 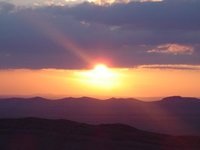 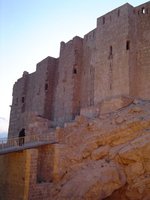 We started they day by catching a taxi out to the valley of the tombs to see the tower of Elahbel and the Hypogeum of the Three brothers, then headed back to the museum and caught a camel up to the back of Palmyra to work our way from the back to the front. Mental note.... I will never ride a camel again. 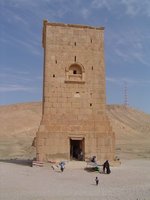 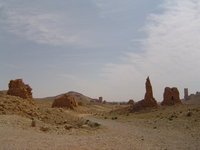 I am now starting to realise how huge the Roman Empire really was, they were everywhere. The ruins at Palmyra are fairly well restored but some of the original stones have been replaced with coloured cement, but overall it looks fantastic and is definitely worth seeing. We wandered down the colonnades, explored some of the church ruins, looked at the amphitheatres and ended down at the Temple of Bell where we got a guide with the ticket. Thank god we had a guide as he showed us stuff that we would never have seen without him, just watchout though as we gave him a tip for his time but somehow he didn't think it was enough so got a bit of attitude. 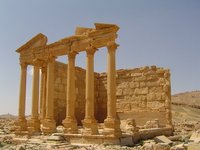 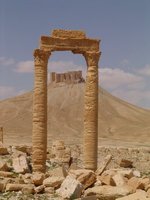 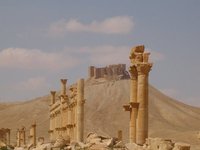 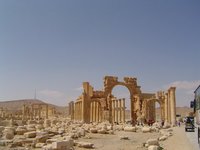 Well all that took us a day and Palmyra was completed, now on to Damascus.

Out of the rain we headed to Hama to check out our accommodation. Cat crashed all afternoon so took the opportunity to catch up on my blog.

Well we caught a little sleep in as we had to wait for our clothes to be returned from the laundry. Once we had our clothes we got out and saw Hama. There was not really a lot to see in Hama but what we did see was lovely. We saw some ancient Norias, which are big water wheels that they use to move water around, walked around and found some runs of an old Castle. They also have a citadel but some how I think we didn't get to see it as we thought the ruins were the citadels but looking at a map later I realised it was not on the roads we walked. We also saw the clock tower, as it was right outside out hotel. By the time we had seen this and wandered around some of the town it was time to make our way to the bus station for the trip to Palmyra. 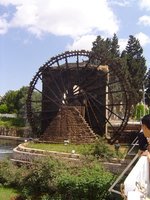 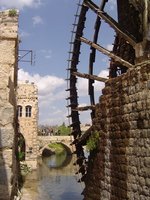 Dead Cities and Around

We started by driving north of Aleppo to St Simeon's Basilica or the ruins of it anyway. The peace was a welcomed change to the hustle and bustle of Aleppo. It was so peaceful and quiet you could actually hear the birds singing, which I hadn't heard for quiet some time. 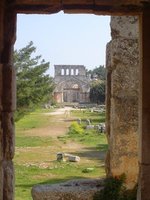 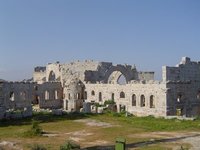 Then on to the Dead cities of Al-Bara and Sujilla, both a little different from each other, they were not as impressive as we had imagines but still nice to see. 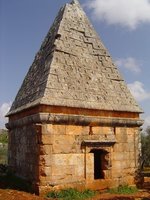 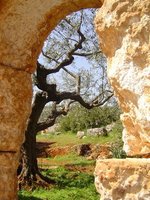 By this time both Cat and I were hungry but as Cat had a sore throat we struggled to find her anything that she could eat before she fainted at the side of the road. Needless to say the hunt for some food escalated, we finally found some kind of soup and they boiled some potato chips for her and after that she seemed fine just a cold to contend with.

So off to Apamea, and the lord decided it shall rain upon this earth, we got a little damp but luckily not drenched. Apamea is another of the many great Roman ruins, the most visible ones are in the colonnade but there is also the citadel which looks great from the outside, but not so good on the inside as it is inhabited by the locals and there is rubbish everywhere. 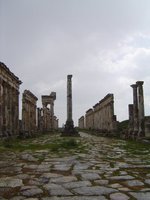 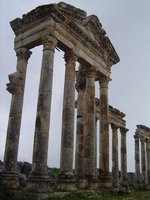 Well we caught a bus this time and it only took us total of eight hours to get from Beirut to Aleppo. Our border crossing was much easier with the bus. We got into Aleppo about 4.30pm and wandered around looking for a hotel that had any vacancies. We finally found one and took its last available twin room. Quiet charming, NOT, but we couldn't really be bothered looking for any more. Once we settled as much as we could we headed out to try and sort out our trip tot he Dead cities for the following day. We worked out that we would do it the following day and finish in Hama where we wanted to stay for that night. So we got that sorted out without too many dramas and it was now time for dinner the lovely gentleman, Walid from Baron Hotel, that helped us with our trip to Hama was kind enough to show us to a lovely restaurant not far from our hotel and lent us some money to tide us over until we found an ATM, needless to say after dinner we had another early night.

OK, So sight seeing in Aleppo didn't turn out to be as eventful as we had anticipated got lost a couple of times but ended up seeing all that Aleppo had to offer. We searched all day for an ATM and found heaps but none that would spit our money from our HSBC cards. Cat was coming down with the flu or a cold so I dropped her back to the hotel and wandered a little longer. Yeah I found an ATM that liked my card. There is nothing more frustrating than knowing you have money in your account but not being able to access it. Anyway now we had money to pay for our trip to the Dead cities.