Well after a 2-hour bus ride we found ourselves in Beirut. What a beautiful sight. Beirut is right on the water and looks fantastic from a distance on the drive in. We found our hotel and headed our to see the sights. First thing we found was a beautiful big mosque that was of course guarded by soldiers, but we managed to be given permission to cross the barricade to take a photo. Then we found the main town square and their clock tower, parliament buildings and churches, saw a few ore mosques along with lots of soldiers with their machine guns. Oh and then there were the tanks and truckloads of soldiers, but I can san that I have never felt safer, well except for being home in Aus. We tried to take photos of the Grand Serail we were told not to take photos by the soldiers, as it was now a military building. We ended up walking down by the water and along the coast to see the lighthouse and Pigeon rocks. Pigeon rocks were a beautiful sight to see but it is a little disappointing to see that there were so many restaurants built along the cliffs that it almost makes it impossible to get a good photo of them unless you go in and have food. We then wandered on and found heaps of building that had been destroyed in the recent wars, bullet and bomb holes really make it feel quiet surreal. Its just amazing to actually see the evidence with my own eyes that this stuff really did happen, it doesn't feel that way when you are watching it on the TV from the opposite side of the world. Well by this time it was getting late so we stopped off to get some dinner in the town square and then back to the hotel to get ready for another day of travel the following day. 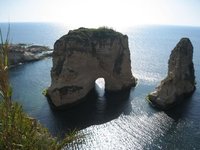 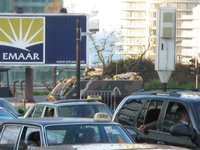 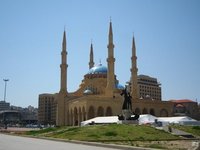 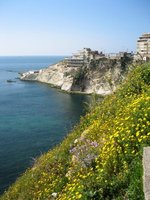 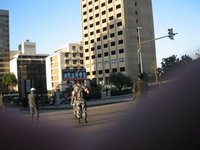 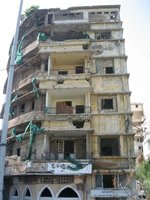 After an hour in our rickety taxi we finally got dropped off at our pension (which is basically paying for a room in someone’s house). The family we stayed with were lovely and the rooms were good but cluttered with grandma’s doilies covered with dust but definitely 100% better than the hostel the night before. We wandered around hat afternoon and then just vegged out at the hotel/pension. Oh and had a shower, tell you I was dying for it by then.

Next day we wandered the streets of Tripoli, we got to the Grand Mosque and met a lovely Lebanese man that was so proud of his town that he wanted to show us around. He was so prepared he even had the gowns we needed for in the mosques. We wandered around and he explained the history of the mosques and places we went to. We saw at least 3 or 4 mosques, went though the local souks (markets) and he showed us the last remaining soap factory in Tripoli on the way tot he Citadel, Cat and I decided to head up and have a look at the Citadel by ourselves. We wandered for a while in the Citadel, it is much smaller than the others we have seen but still quiet nice to look at. After that we just strolled around until we found our way back to the hotel. We ended up talking to a couple of other guests staying at the pension and decided to go down tot he harbour to take some photos and have a bite to eat.

Sunset by the water was beautiful but dinner was disappointing but still filled a spot for a while. We called it a night as we had decided to head to Beirut the next morning for a night. 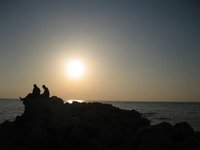 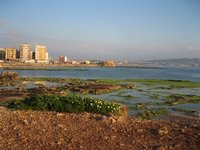 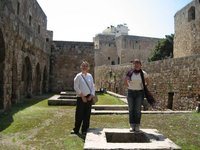 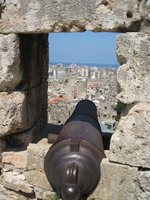 Well what an experience. The taxi driver told us that it would only cost us 50 Syrian pounds each to get to Tripoli from the other side of the border crossing. Well we went through Syria fine then had to contend with at least 30 taxi drivers that couldn't speak a word of English trying to give us a ride to Tripoli for more than it was worth. They must have thought we were idiots but we weren’t going to buy it. Cat and I ended up walking the 1.5km to the Lebanese passport control and by the time we got sorted out we found one the taxi drivers that was prepared to take us for the amount we were offering. We got the border control officers to translate where we were going and off we went in his rickety old Mercedes. By the way in Lebanon all the taxis are very old Mercedes Benz's.