Well a long 12 hour trip on the train brought us to Aswan, anyone doing this trip in the future, my advice would be to get the sleeper as we got no sleep at all on the first class train. Anyway we had a short rest at the hotel and then headed out to se the high dam and Philae temple. Philae is another amazing place. I couldn’t believe I was there standing in front of this absolutely beautiful structure. I have wanted to see Philae for years and it just had me breathless and quiet emotional. We had a guided tour through Philae, which took about an hour to explain the history of the temple, the statues and the hieroglyphs and then the guide gave us some free time to wander at our own pace. I managed to find a quiet spot to sit and reflect for a while. 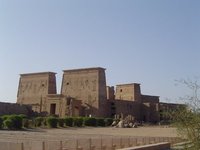 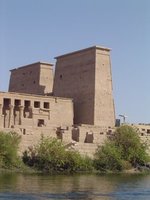 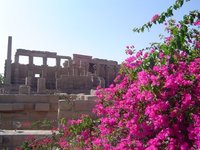 Next day saw us getting up extremely early, 3.30 am actually, to catch a bus up to Abu Simbel. We got of the bus to a big pile of sand, wandered around tot he water and found the amazing façade of the temple of Ramses 2. It is hard to imagine that they cut it up into pieces and moved it away from the rising waters of the high dam as you can hardly see the incisions made in the rock. We wandered around inside the temple and also in the smaller one along side it, which is the temple of Queen Nefertari. Once again there were some fantastic hieroglyphs but unfortunately we were not allowed to take photographs of the inside. 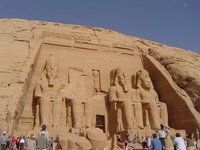 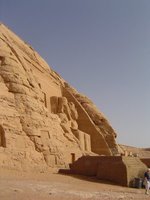 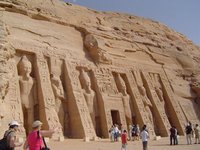 We got back to the hotel about 1 pm then decided to catch a felucca over to the tombs of the nobles with one of the Slovenian guys that we had met that morning. These were interesting but not as amazing as the others we had seen. We could also see Aga Khan’s mausoleum for the tombs of the nobles but it was too far away and apparently is now closed to the public. Our return journey on the Felucca ended up taking us 3 hours as we ran out of wind and had to paddle our way back. 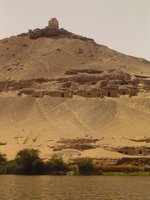 Next day another early start but this time not as bad and the day before. We headed out to the islands of the Nile in Aswan, Elephantine and Kitchener islands. We stopped at Kitchener first and saw the botanical gardens then over to Elephantine Island to wander through an ancient Nubian village, which is still being lived in today. 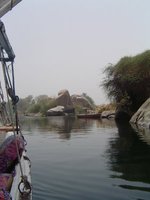 Posted by krissy 07:21 Archived in Egypt