We were greeted by a snow clad tarmac and beautiful big snow flakes falling on our noses or in cats case right into her mouth, clever little chicky she is. Mind you with this beautiful weather comes attached the fact that it is bloody cold. The snow here is everywhere and it is so soft and white, not like the stuff we had in London on Thursday. It always amazes me every time I see it with its crunchiness and squeaking under your feet how quickly it makes me feel like I am a child again. All I wanted to do is pick it up and play with it. We meet a lovely Aussie Chicky who is over in Norway studying while on our 2 hour bus ride from the airport (Torp) to Oslo City. She recommended that we go snow sledding while we were there. Both Cat and I thought that sounded like it just had to be done. We finally got to our hostel at 1 am
Friday morning, so called it a night. 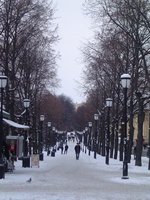 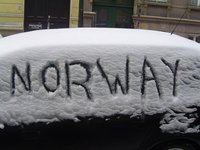 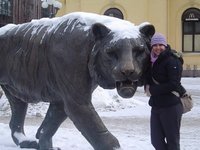 We ended up sleeping in for a while, then once we got up and moving we checked out the tourist info centre for things to do. Walked along Karl Johann Street, which is Oslo's main mall area and stumbled across the Kings residence or Palace, which is at the end of the street on a hill surrounded by parkland. The Palace has a great view over the city but unfortunately we were not able to get inside to look around so we wandered down to the harbour hoping to get a boat out on the Fjords, unfortunately for us they don't run in the winter so we settled for looking around the fortress and Castle. 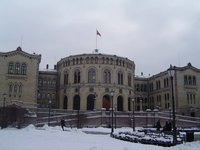 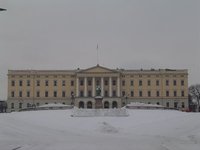 The Fortress with the Castle held inside is perched on a hill in the harbour not very far from the city centre at all. We managed to walk up on top of the fortress walls, wow the view from there is really quiet amazing. Oslo really is a pretty city. As we walked through the fortress we found a section that made us feel like we had stumbled into our own little Narnia, It was just magical and there is no way I could capture it all for you. But Cat and I had grins from ear to ear in utter bliss and amazement with it all. We managed to catch the changing of the guards and then decided to go sledding; of course in true style we got lost again and ended up walking around in a big circle for an hour before getting back to our hostel to pick up some wet weather clothes. Boy am I glad I got that, not that it really did me any good as by the time I was finished my first run down the slope I had so much ice down my pants I was wet anyway. I ended up coming off the sled at least 15 times on my first run and I really didn't want to go again. But the girls managed to twist my arm and after that there was no stopping me. We kept going until the last possible run which was about 8pm. Really quiet cool after the sun goes down they turn on the lights and you keep going. When you finish your run down the slope you catch the local train up the hill again and off you go again, scary thing was the later it got the less soft snow there was on the track, which means you end up travelling so fast on the ice but still after the first run I managed to stay on the sled. Mind you with all the stacks on the first run I had already done the damage. I have a million bruises. ouch. one is the size of my hand and is black and blue, but really it was all worth it we had so much fun. After sledding we headed back to the hostel to defrost and then out to have a traditional Norwegian dinner. Tried reindeer, quiet nice actually, it was served in a style that I cant remember the name but anyway it was finely slices raw but pickled meat that just melted in your mouth. Then made our way back to our beds as we were both knackered from all our adventures sledding. 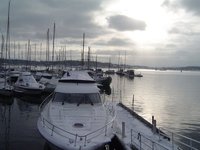 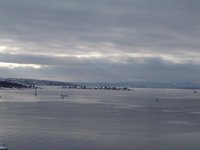 Up reasonably early the next day to head out to the Viking museum, which was cool, it has a few old Viking ships that had been found in burial grounds with lots of artefacts from that era that were buried in the ships. Then on to the open air museum, this was set up to house buildings of heritage from around the country. So we wandered around there for a couple of hours looking at all the cottages from the as early as the 1700’s. As Cat said it is like Norwegian version of our Sovereign Hill. They had town houses and country log huts, farm buildings, schools and churches all from different decades of Norwegian history. 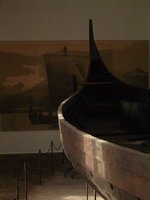 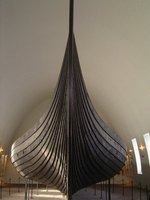 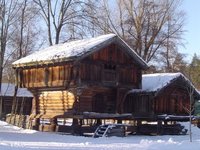 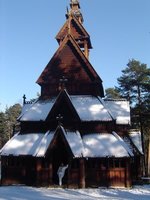 After there we headed to a sculpture park. Basically Oslo designated a part of a huge parkland to a well known sculpture to be creative and he has sculpted over 100 statues of naked people. It was certainly very interesting to see and both cat and I wondered if he was a little perverted, but it seems he wasn’t. 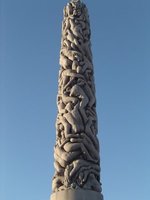 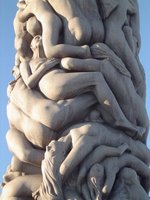 We didn’t do anything else exciting while we were here so I will call it a day. Overall Oslo was a lovely place and totally enjoyed my stay there.

Posted by krissy 12:42 Archived in Norway